Interview with Mrs. Pamela Rațiu: “I’m afraid a sketch of my worldview is not very positive these days”

Pamela Rațiu is the executive director to Romania for the Rațiu Family Charitable Foundation.

1. You are currently executive director to Romania of Rațiu Family Charitable Foundation and of the Rațiu Forum, a project run in partnership with the London School of Economics IDEAS Think Tank, currently ranked leading university think tank in the world. Can you tell us how you developed the foundation and the partnership?

I am executive director to Romania for the UK-registered Rațiu Family Charitable Foundation, founded by Ion and Elisabeth Rațiu in 1976. The London-based foundation is focused on supporting Romanian students seeking higher-level education in the UK. I work directly with our Chairman (second son of Ion Rațiu), Nicolae Rațiu, alongside our trustees. The Romania-registered Rațiu Centre for Democracy – based in Turda, Transylvania – was established by Ion Rațiu’s eldest son, Indrei Rațiu, in 2004. Originally, the foundation was focused locally on a broad range of activities. Around 2012 Indrei Rațiu retired from the foundation and the trustees requested that I remain to carry on the work for the Rațiu Democracy Centre. Over the years, I have streamlined the activities at the centre. In partnership with the London School of Economics’ foreign policy think tank LSE ideas, we established the Rațiu Forum in 2019 – a more strategic and regional project incorporated into IDEAS’ Central and South-Eastern Europe Programme, involving the countries of that region. Our programme and focus include: supporting journalists and journalism within Romania with our annual Journalism workshops; supporting high school teachers with our annual Teaching of History workshop; finally, to strengthen discussions and visions of democracy amongst professional with diverse backgrounds, we host an annual conference, the Rațiu Dialogues on Democracy, which is gaining regional attention due to the level of our speakers and topics. I am most fortunate both to have Nicolae Rațiu as my boss – with whom I have worked well together over the years – and to have the ability to work closely with Professor Christopher Coker – co-Director of LSE IDEAS – on the Rațiu Forum.

2. What future plans do you have for the foundation and partnership?

Our future plans are being continually shaped by relevant and sudden changes within Romania and the region; as an NGO working in democracy, one must be flexible. Our work and support of young journalists is paramount; in view of this, we need to further develop our History programme. History is part of the DNA of any country, and history that lies hidden in all countries needs to be brought to the forefront. We are also partnered with the Georgetown University in Washington D.C – where sits our Chair of Romanian studies – and the Woodrow Wilson Centre for International Studies, where we annually award a dissident fighting for democracy. In addition, we organize through LSE IDEAS – as the Rațiu Forum – various workshops with university partners in the region: in September we will host ‘The Rise of Pop Pessimism and Its Implications” in partnership with Professor Slobodan Markovich (University of Belgrade, Serbia), as well as a workshop “Democracy in the age of Putin”, in partnership with the Polish Jagiellonian University.

3. Your expertise covers management, event concept, public relations and partnership development, with 30 years of experience in international management for both the public and private sector, actively supporting sustainable non-profit organizational development in Transylvania. What are some of the challenges of developing activities like those you coordinate in a place like Romania?

In my view, cross-cultural working relationships are both challenging and rewarding. What is important is to listen to those around you and be open to learning. I learn something new every day, having had the pleasure of working with some amazingly talented young Romanians over the years: Rareș Crăiuț, now based in Brussels as Secretary General for the European Confederation of Youth Clubs, was one of those outstandingly talented persons. There are challenges in all working relationships, perhaps even more so when working in a province as opposed to a major city. I believe the biggest challenge I have come across is fear of the unknown, a new project can create anxiety amongst those who are not familiar with the concept or do not have the same vision. Pride is another challenge I have faced. Sometimes people do not want to admit they are not comfortable performing a certain role or may be lacking the skills to perform a task. People tend not to ask questions regarding work and this can be an issue; I spell any request out in detail, offering as much information as possible to support it. These are, of course, issues that exist internationally, not only ones related to Romania.

4. You have also initiated the Rațiu Dialogues on Democracy, a series of lectures that aim to strengthen discussions and visions on democracy, reuniting professionals with diverse backgrounds who share an interest in current challenges facing Balkan nations, with a particular emphasis on Romania. What is the background and story behind this concept?

The Rațiu Dialogues on Democracy have quite a humble beginning. We held annually a two-day event known as the Friends and Family Weekend, the objective of which was to present our work to our supporters, trustees and sponsors, ending the event with a Gala Dinner. I was able to ‘up the bar’ each year with the quality and list of keynote speakers, but I felt we seriously needed to bring in the professionals. As it happened, we were introduced to Professor Christopher Coker, who created the Rațiu Dialogues on Democracy and therefore taking the event to an entirely other level, with A-list speakers alongside participants consisting of players and actors from across the region. In fact, we have a general meeting in September to discuss taking the Dialogues further and expanding regionally. In some circles we are referred to as the Transylvanian Davos!

5. Casa Rațiu in Turda is a very interesting place. How did you develop the Rațiu Compound in Turda?

I refer to the entirety of the buildings in Turda as ‘the compound’. The guesthouse Casa Rațiu and cultural café La Papion (named by the team after Ion Rațiu’s bowtie) are natural parts of the sustainability for running activities at the foundation. We have 22 guestrooms, with facilities for catering and events. Many of our team has been with us from the very beginning and so we operate as one large family. The rooms in the guesthouse are named after members of the Rațiu family who have contributed to supporting Romanians and Romania. We also have suites named after outstanding visiting professors and journalists who contribute enormously to our activities. We have the famous Executive Lounge, where one can wander in and eavesdrop on some of the most incredible conversations regarding history, politics or other current affairs discussions. We pride ourselves on hospitality, quality cuisine (working with local producers) and comfort.

6. What changes and trends have you noticed since you first arrived/started working in Romania, in the past 20 or so years?

On my arrival in Turda in 2004, there were fewer people on the streets, no cafés, people did not stop and chat, or appear to gather. Today, there are far more cars, a lot more laughter, congregations of people and greater joy in general. I believe the opening of coffee houses and the street festivals – organized by the Turda theatre director – have played a role in bringing people out into the town centre. The renovations of the Salt Mine and History Museum have added tourism; lately, we have the Optical Museum adding another cultural dimension. Various groups of local artists seem to be thriving both online and off. There are, of course, numerous positive changes in Cluj and the area in general: the IT industry has taken off, and you see young, talented entrepreneurs and major international artists working out of Cluj. The festivals have really developed, bringing economy and pleasure to the community. Farming has even become more commercial. Unfortunately, one trend that has remained the same is that corruption is as prominent today as when I first arrived in Romania.

7. You’re a veritable powerhouse in terms of taking initiatives to completion – I’m thinking history prizes, mentorship programmers, partnerships. From a more philosophical point of view, from where do you find the resolve and dynamism to do it all?

I do not believe what I do is outstanding. I surround myself with experienced advisors, both Romanian and international. More importantly, I listen to those around me, I remove myself and personal opinion from any situation (after all, this work is not about me). I focus on short- and long-term solutions, looking always at the bigger picture and the grand scheme of things. Above all, I have humor: in life, you win some and you lose some. I also believe in pushing boundaries. I’m afraid a sketch of my worldview is not very positive these days. I am not by any means an expert on world relations but I am concerned for mankind and for the next generations, not only in Romania and Central South-Eastern Europe but the world as a whole. The risks of global overpopulation is concerning not because people are not talking about it but because we don’t know what governments are doing about it. Currently we have pandemics and global warming very much in the picture, with no serious resolutions in sight. Neither is going to disappear! We also currently have a war in Europe, devastating to Ukraine, displacing hundreds of thousands of citizens, and creating food shortages and economic chaos. We are seeing increasing authoritarianism, populism and general unrest in populations today. Social media has played a major role in changing society and not necessarily for the better. In areas of low economy and of a lack in education people are more susceptible to believing fake news and disinformation. Definitely we have challenging times ahead! 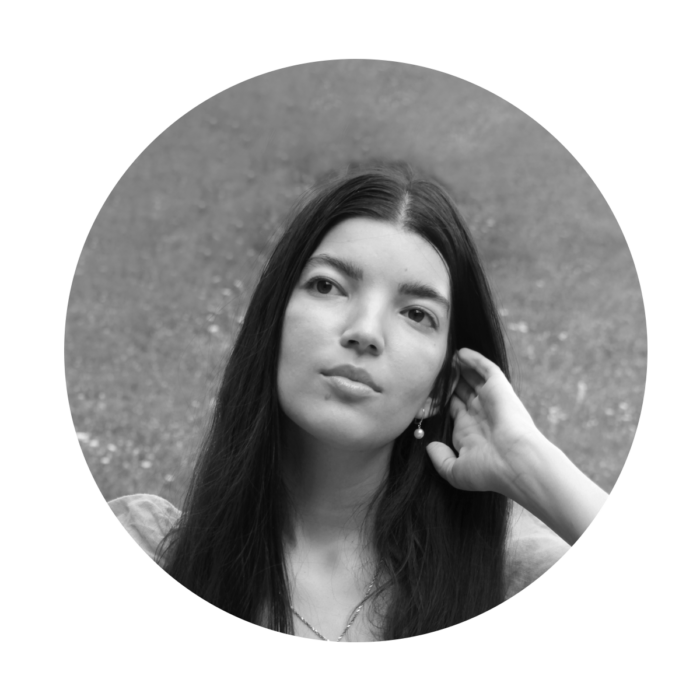